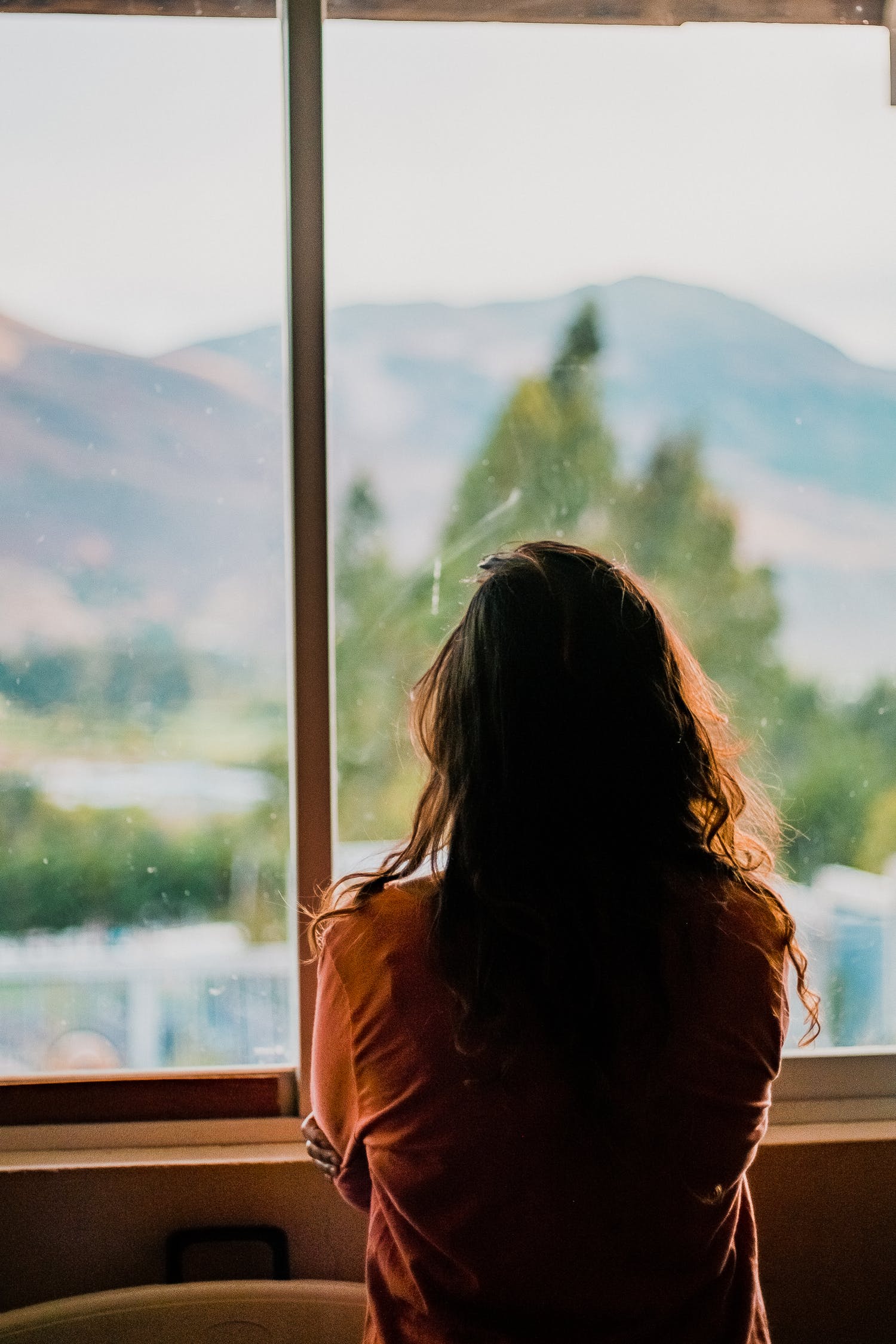 Children and young people  can go missing  and run away from their home and education  due to family / carer conflict, including domestic violence or forced marriage, or personal problems such as substance misuse, bullying or relationship problems. Young people who run away are often unhappy or are influenced by others and often do so to fit in with a group.

Children and young people can  go missing due to being groomed and trafficked for exploitation , including sexual exploitation, criminal exploitation , county lines and becoming involved in gangs. children at risk of radicalisation.

This video created by Humberside Office for the Police and Crime Commissioner (who have commissioned a 'Not in our Community' campaign) highlights the importance of Children and Young People going missing and the risks they can encounter.

Contextual Safeguarding and the risks of missing

The risks faced by young people are the same regardless of how often they have run away from home.

The immediate risks and longer term risks associated with running away include:

Children and young people who are missing from home, care or full-time school education (including those who are excluded from school) and those at risk of exploitation and trafficking are at risk of neglect, emotional harm, likely physical harm including through extreme forms of violence and substance misuse, and sexual harm. The trauma of intimidation, violence, witnessing harm  to others and continued threats, leads to significant mental and physical ill-health for exploited children.

Contextual Safeguarding has been defined in a number of government guidance and academic literature.

Working Together to Safeguard Children (2018)

As well as threats to the welfare of children from within their families, children may be vulnerable to abuse or exploitation from outside their families. These extra-familial threats might arise at school and other educational establishments, from within their peer groups, or more widely from within the wider community and/or online. These threats can take a variety of different forms and children can be vulnerable to multiple threats: exploitation by criminal gangs and organised crime groups such as county lines; trafficking; online abuse; sexual exploitation; and the influences of extremism leading to radicalisation.

This is known as contextual safeguarding, which simply means assessments of children should consider whether environmental factors are present in a child’s life that are a threat to their safety and/or welfare.

Contextual Safeguarding Network website (a government funded initiative run by the University of Bedfordshire and the International Centre Researching CSE, Violence and Trafficking):

Contextual Safeguarding is an approach to understanding, and responding to, young people’s experiences of significant harm beyond their families. It recognises that that the different relationships young people form in their neighbourhoods, schools and online can feature violence and abuse. 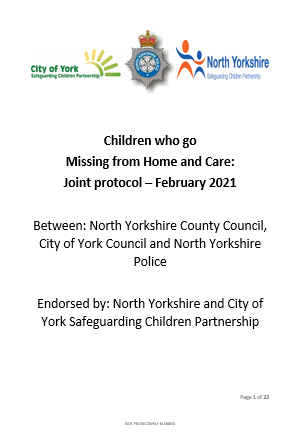 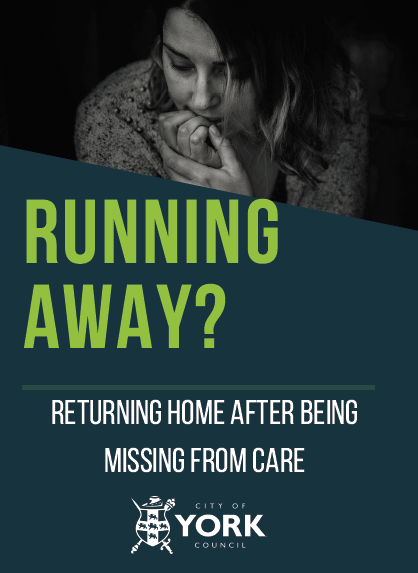 Children's Social Care have produced this leaflet, written by young people, for young people going missing from care, and the importance of the Return Interview process.

All children, regardless of their circumstances, are entitled to a full time education. Children missing education are at significant risk of underachieving, being victims of abuse, and becoming NEET (not in education, employment or training) later on in life.   Situations in which children may be at risk of becoming missing from education include;

Schools and local authorities have  a duty to undertake reasonable enquiries to establish the whereabouts of chidren who are at risk of missing education.

If you have any concerns that a child may be missing from education please contact cme@york.gov.uk

CYSCP provides online and face to face training for practitioners.

For further information regarding the York and North Yorkshire Child Exploitation Trusted Relationships Project including how to make a referral for support.